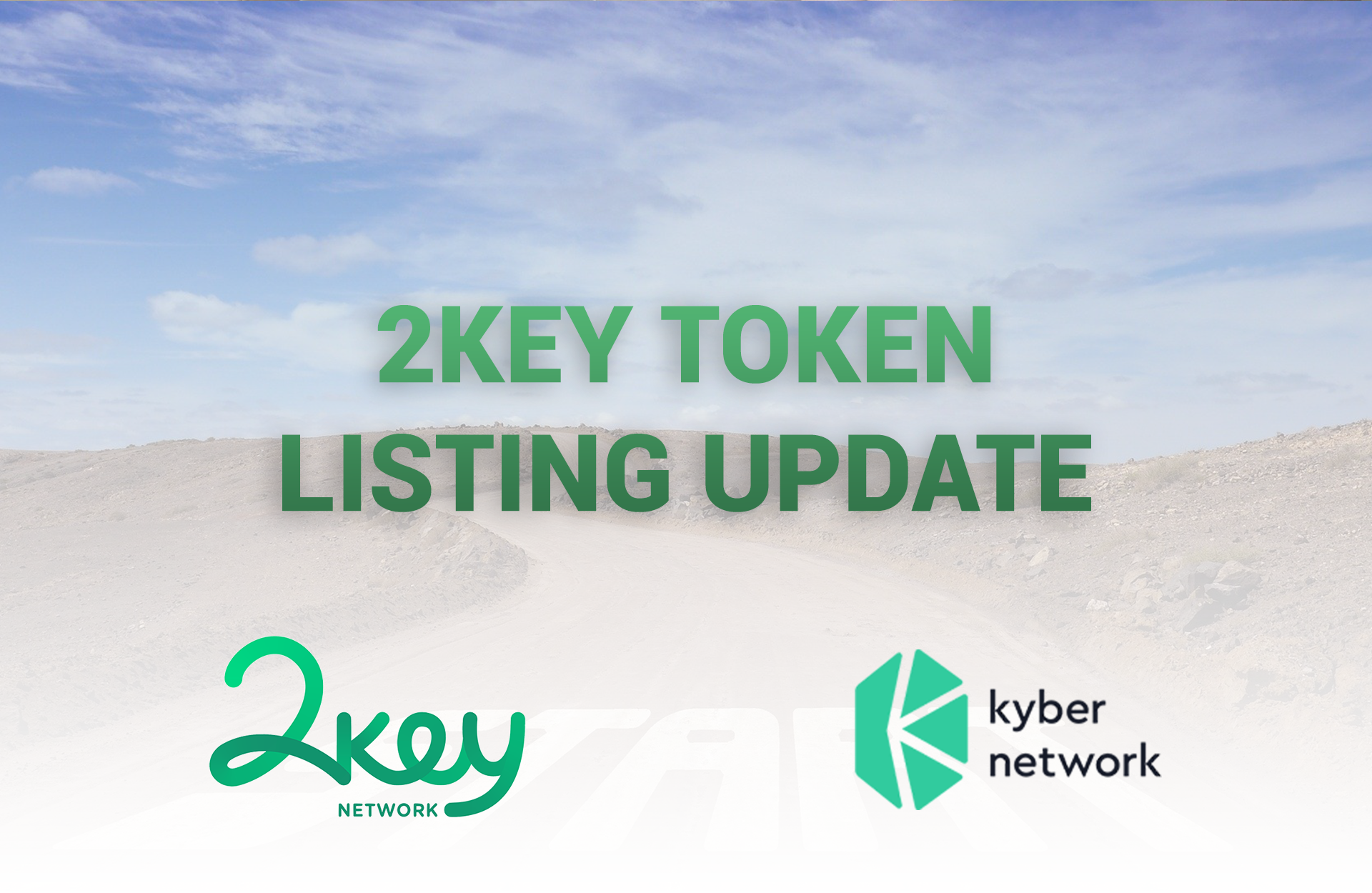 Since we started building 2key.network and the 2key protocol more than two years ago, we have always strived for higher standards of transparency and decentralization.. In this post, we’ll keep the same goal, to clearly communicate our current status and the 2key plans ahead.

We lived through the ICO boom and the IEO trend. Now, we finally see the growth and success of the real decentralized revolution start to emerge with immutable transparent services such as Defi (Decentralised Finance) and Dexs (Decentralised Exchanges). It was very important to have the 2key platform live and the 2KEY token being used to fuel the network for at least a few months prior to public trading release both for legal reasons, but mainly to create a utility-first,speculation-later based token economy, fueled first and foremost by organic demand.

A few months ago, we started talking with tier 1 and tier 2 exchanges worldwide, aiming for a listing on a respected and well known exchange. We were very happy to find out that all exchanges providing initial listing for tokens(except 3) were ready to list 2KEY, yet most for a highly overpriced plan that would put our financial obligations centered around supporting trade rather than actually building the product, network and real global distributed economy.

After some research and recommendations, we chose the one that felt like the best fit. We negotiated the terms and after a few weeks and we signed an agreement to have an IEO and listing, and paid half of the listing fee.

But then things started to go wrong. We kept getting more and more requests,mainly additional financial requirements, new restrictions and obligations,culminating in a last minute enforced delay of the listing date.

Though we accepted the demands and made the required adjustments, we began to feel that something was amiss. Instead of treating us like partners, they treated us as customers they could take advantage of. Then, suddenly, without warning, they disappeared, and stopped responding to our messages.

Yesterday, after asking common acquaintances to intervene, they informed us in an official mail that they are cancelling the agreement one-sidedly ,after we signed and paid them.

Since we are here to build, and not to stir up conflicts, we will not mention the platform name. We always try to stay away from people who seem dishonest or untrustworthy, but this time we also failed and mistakenly identified.

Today we announce the cancellation of the 2key IEO.

‍2KEY tokens will not be sold from 2key anymore and the only way to get them from now will be from the trading platforms and 2key network (connected to Dex).

A smart man (Vitalik) once said :“I wish all centralized exchanges will burn in hell.”
We don’t totally agree with that, but we do think the future of crypto is with DEXs and not CEXs, we even saw Uma project having IDO (Initial Dex Offering)for the first time ever, on Uniswap 2 weeks ago, with huge success.

‍Luckily, for the past month we’ve also been building a PLAN B! We aimed to go live in a few weeks, but now, it has become our go to market strategy.

We explored all the big DEXs and found that  Kyber network is a few levels above the rest in terms of ability, security, technology and features,and one of only two DEXs (along with Bancor) to have an algorithmically secure and transparent automatic market-making mechanism - Kyber APR. The APR is an Innovative technology that allows us to create liquidation and supply to 2KEY token from an automated smart contract.

With Kyber, 2KEY Participants  will now beable to swap 2KEY directly from KyberSwap, or download Kyber native apps for Android or iOS, or swap directly on the 2key APP from the new  swap feature in the wallet - which we’ve just released!

We have almost completed the full integration of Kyber with 2key and on Tuesday, May 19 (planned for 1pm UTC), the 2KEY Token will be officially open for tradeand swap for Ether and 70 other Tokens listed on Kyber!

In our perspective, for the web3 revolution, the true answer is decentralised exchanges - DEXs, and that will be directly integrated into our smart contract architecture and on the 2key app. This is where all the actual volume will grow, and this is where the real value will eventually accumulate,in a decentralised, transparent and public manner, open for everyone to participate and see.

CEX- In the past few days, we discovered many centralized exchanges listed 2KEY to trade without asking us (it’s a free world after all!). We can't be responsible for trading on these platforms, but if you feel confident about trading there, we've seen at least 4 exchanges listed 2KEY (check Coingecko for updated info).
That's actually one of the beautiful aspects of decentralization - that the token is fully minted and transactable on an immutable, public,censorship-resistant, secure, distributed ledger that everyone has equal access to, CEXs and DEXs alike. This gives more liquidity and access to everyone, and that's fundamentally the virtue of blockchain

In the coming weeks, we will restart the process of listing 2KEY Token in more trading platforms, DEXs, and top tier CEX. Expect updates! ‍

As a transparency initiative, we’re releasing an API endpoint that tracks how much 2KEY is circulating in private wallets(outside the 2key.network smart contracts architecture). You can always access it by clicking: https://api.2key.network/2key/supply?decimals=1

2KEY 5% Purchasers Discount
To support our community and early token holders, we are going to increase the number of all early token holders by 5% towards the official launch! This will be a one-time discount sourced from the unsold token supply .

To get those one-time extra 5% 2KEYs, you need to actively utilise your account on 2key.network, store your 2KEY tokens in your wallet connected on 2key.io and make sure it's active before Tuesday May 19, 2020, 12 PM UTC. (The tokens must be stored in your 2key networks account, in 2key, Ledger or Metamask wallet connected to your account)

We will scan all addresses holding 2KEY and their history on that date,and within 7 days we will send 5% of the amount to all active Token hodlers!

2KEY 6 WEEKS STAKING PROGRAM
Immediately afterwards, we will initiate the 2key community participation and reputation mining pool.
This pool contains 20% of the total supply and will be distributed equally over the first 10 years for network players, based on their action and reputation. One of the reputation factors is your 2KEY stake and we are starting a 6 weeks program from May 19th that will pay each hodler an interest of 0.5% a week (26% yearly) for their tokens actively staked on the network!
This 6 weeks program is unlimited to participants, and all you have to do to participate it to actively hold the balance on an active 2key.io account-connected-wallet.. We will scan accounts and wallets daily on random hours, and for every day you have been actively participating and holding 2KEY in an active 2key.io account, you will gain on average 1/7x0.5% of your staked amount.

Once this program will end we will launch a more advanced participation mining program, so more to wait for!

We'll update the staking program towards the ongoing participation reputation mining as we build it, but the general idea is. - the more you participate in 2key network -the more 2KEY you will earn in the distributions.

Starting this week, Social Mining distributions will also go live, and we’ll aim to do those in the initial period at least twice a month.

A new major version upgrade of the 2key network has been deployed today with many new features including 2key leading product - PPC SmartLinks!!

We have more than 50 launch partners that will use the product soon,growing their organic reach, and creating a larger organic demand for the 2KEY Token!

We want tothank our community and token purchasers for your ongoing support. 2KEY token journey starts now, 2key network takes its first big steps and the 2key team is motivated more than ever to keep building and creating the future of the decentralized web.

We are long term players, marathon runners, and we know the biggest rewards are waiting for us down the road, not on its start. Not for nothing we have 1 year lockup and 2 years vesting for the team tokens:)


Questions? 2key AMA - Sunday, May 17, 3-4pm UTC.
Have questions? Need more clarity? This message was too long for you?
Erez and Eitan, 2key co-founders will host an open AMA on the 2key telegram channel on Sunday. Join Us! 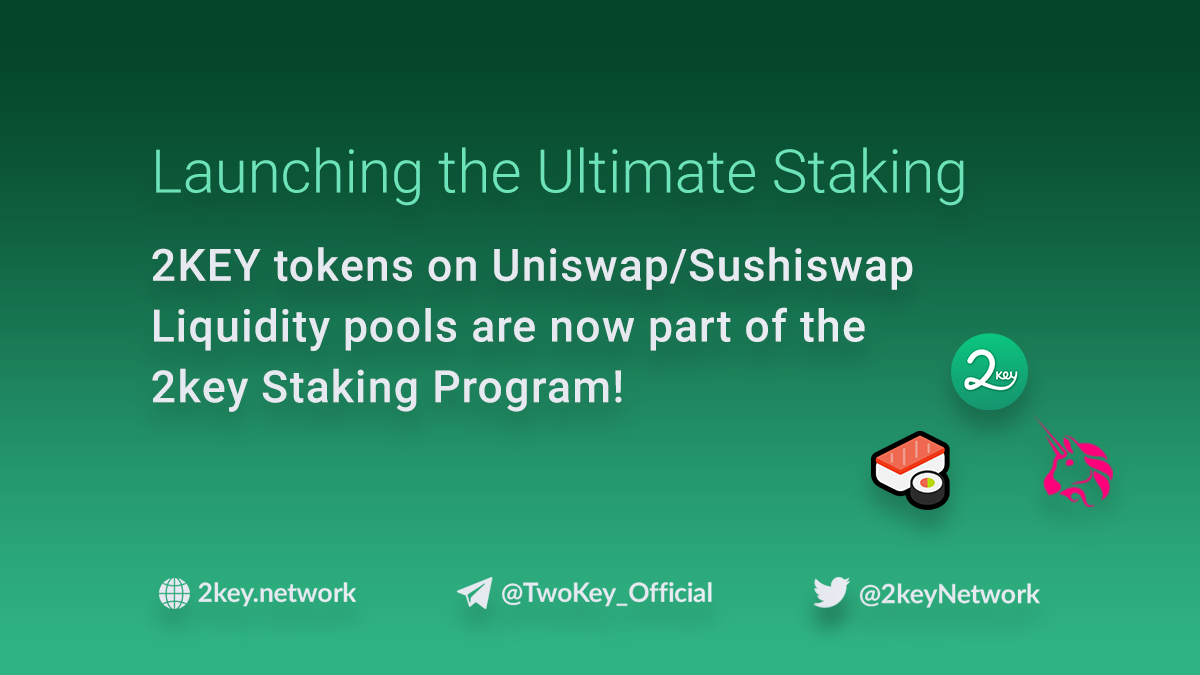 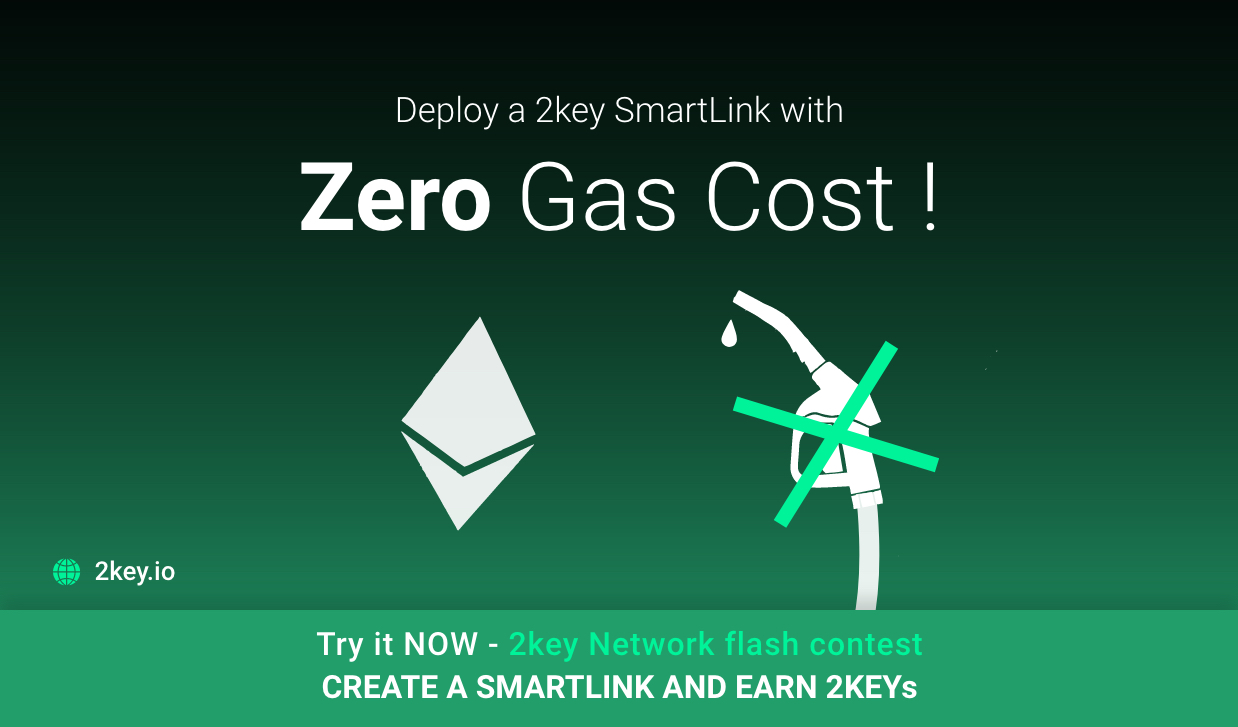 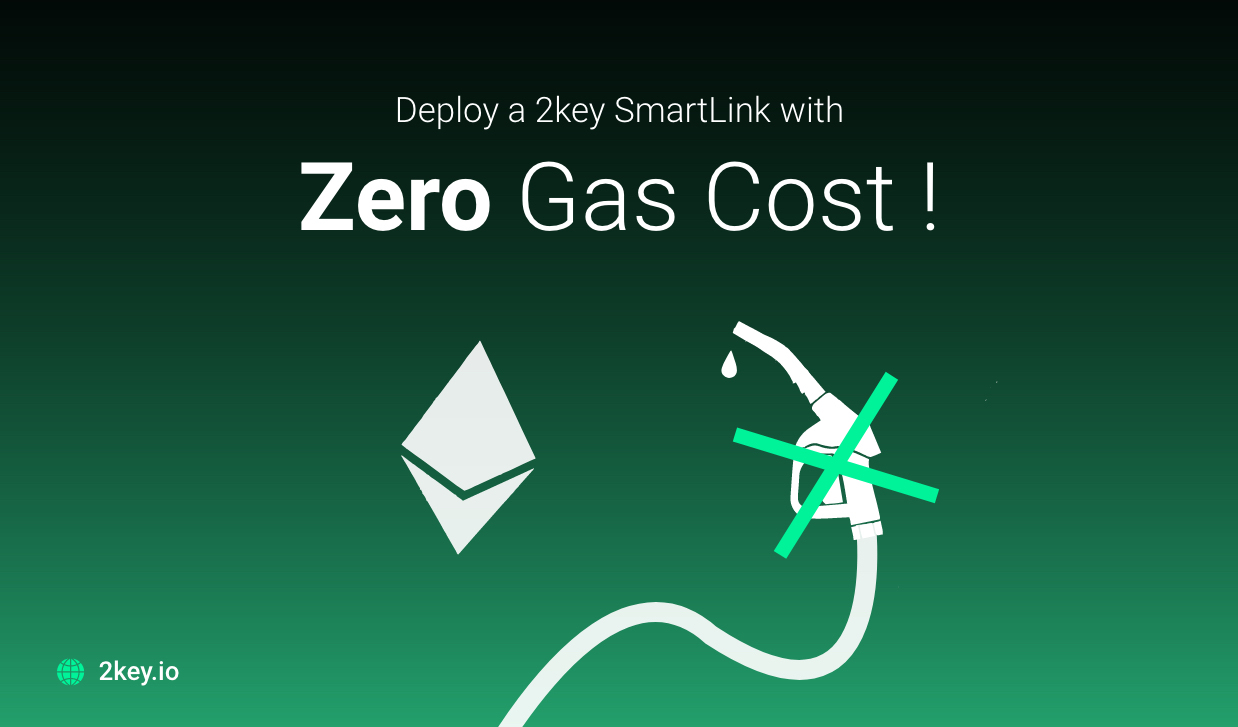